These days we see a lot of children come to see us who are finding it difficult to concentrate, pay attention in class, follow directions, settle into quiet tasks, and often act before thinking.  These children show signs of a developmental disorder called Attention Deficit/Hyperactivity Disorder or ADHD which is a diagnosis that can attract public controversy.  ADHD generally begins in childhood and is seen in approximately 6-7% of children.  Though some of these symptoms improve as children get older, about 65% of all children diagnosed with ADHD continue to show symptoms of ADHD well into adulthood.

There are a number of types of ADHD.  One is the predominantly inattentive type.  In this type of problem, a child mostly has trouble paying attention and is not hyperactive or impulsive.  The second type is predominantly hyperactive-impulsive.  Here children are mostly hyperactive and impulsive, and “always on the go”.  The third is the combined type where the children show symptoms of both inattention and hyperactivity-impulsivity.  Children with the combined type will generally show a  behavioural and social difficulties that have a negative effect with friends and in studies.

So what are some of the symptoms of ADHD parents need to look for?  Research has shown that children with ADHD show difficulty concentrating and staying focused or being forgetful.  They have trouble being organised; having a tendency to lose things; being restless and fidgeting; being unable to sit for a long period of time; having difficulty in waiting their turn; and generally acting or speaking before thinking.  Several of these symptoms need to be present for a diagnosis of ADHD.  However, it is also important to remember that in young children the skills of attention, concentration, and impulse control are still developing.  Having a short attention span, being impulsive, or being easily distracted are not necessarily signs of ADHD.  A careful assessment is therefore needed to figure out what is typical and not typical for a child at each age and stage of development.

So what causes ADHD? Though there is no single cause rather there are a number of factors such as genes, neurobiology (structure and function of the brain); and environment can increase the chances of ADHD.  Research has shown that ADHD generally runs in families.  Children with ADHD generally show differences in certain areas of the brain that are important for movement, information process, learning, memory, attention, and emotional regulation.  There are some environmental factors that may play a role in ADHD symptoms.  These include pregnancy and birth factors such as maternal smoking, substance misuse, stress during pregnancy, and low infant birth weight and prematurity.  Furthermore, growing up in a high conflict family and with limited opportunities to learn skills essential for self-regulation, attention, and concentration may be risk factors for ADHD difficulties too.

If you feel your child is showing signs of ADHD then it would be helpful to talk to the preschool or school to get an understanding of how your child is coping with these environments.  Please see a psychologist and help your child learn skills in reducing impulsivity, better decision-making, improving attention, focus, learning and schooling.  For more difficult and complex situations, please get a referral to a GP and a paediatrician to assist with medication and therapy for support, if needed. 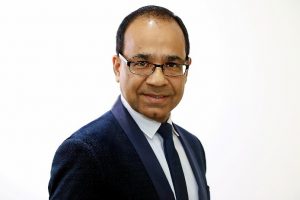