Some women have regular, healthy menstrual cycles with few or no concerns. Periods are regular, not painful, and cause no more than a small inconvenience.

Other women experience multiple physical and emotional symptoms before and during menstruation. Symptoms such as premenstrual syndrome (PMS), heavy bleeding and painful periods can disrupt a woman’s daily life in a major way.

There are straightforward explanations to most menstrual cycle problems, and there are a range of treatment options available to relieve your symptoms. If you feel overwhelmed by your cycle or periods, it is important to discuss your symptoms with your doctor or healthcare professional. Your doctor will be able to help you choose the best treatment for your symptoms once they have been accurately diagnosed.

Your period is part of your menstrual cycle – changes that happen to parts of your body such as your ovaries, uterus and vagina roughly every 28 days. It is normal for menstrual cycle to be a little bit longer or shorter than 28 days, with the span of ‘normal’ ranging from 21 days to 35 days – anything outside of this is considered abnormal, though from time to time this may happen for no discernible reason to many women, which unless it persists, is also normal. Menstrual periods last about five to seven days on average, and your normal menstrual period will be different in its signs and symptoms compared with other women. While there is a set of guidelines to what is ‘normal’, there is a wide variety of experiences relating to menstrual cycles. Sometimes, menstrual symptoms become a problem and need to be treated.

If any of the symptoms you experience before or during your period is causing a problem (pain, discomfort, moderate or severe emotional distress), you may have a menstrual disorder. These can include:

One in five women bleed so heavily during their periods that they have to put their normal lives on hold to deal with the heavy blood flow.

If bleeding interferes with normal activities and fits a specific criteria for blood loss, it is considered heavy. During a normal period, an average of roughly five tablespoons of blood is lost, but you may bleed as much as 10 to 25 times that amount if you have heavy menstrual bleeding.

There are certain stages of life when heavy bleeding can be common, such as during your teenage years when menstruation has just started, and in your late 40s to early 50s prior to menopause.

If you experience any vaginal bleeding after menopause, you should contact your healthcare professional straight away as this is highly abnormal.

To treat heavy periods, you will need to establish the cause. Some health problems that can cause heavy menstrual bleeding include:

Your doctor will perform tests to help identify what is causing your heavy bleeding, and discuss any and all of the ways to treat or alleviate your symptoms. Treatments tend to vary from hormones and/or medication to surgery.

Amenorrhea is an absence of menstrual bleeding, and is normal before puberty, during pregnancy and after menopause. We classify amenorrhoea into primary (never had a period) and secondary (had periods, but they have stopped). If you don’t have a regular period, this is abnormal and you should talk to your healthcare professional.

All treatments for amenorrhoea will aim to start or restart your menstrual cycle. Your doctor will work out the cause of your amenorrhoea and choose the best treatment for you.

Most women have experienced painful menstrual cramping before or during their periods, and pain of varying degrees can be part of your regular cycles. If cramps are persistent and especially painful, you should consult your doctor to see if you have dysmenorrhoea and to determine any contributing causes and possible treatments.

Severe menstrual pain can also cause diarrhoea, nausea or feeling faint. These are caused by contractions in your intestines that results in diarrhoea, feeling unwell due to the pain, and relaxing blood vessels that result in a lower blood pressure and feeling light headed.

Treatment for dysmenorrhoea will depend on its type and cause. The main aim for the treatment is to alleviate the pain and make menstruation a more comfortable experience. You may be recommended medication among other treatments.

PMS is commonly used to describe a variety of physical and psychological symptoms that are associated with menstruation. Roughly 30-40 per cent of women experience PMS symptoms severe enough to affect their lifestyle, and are more disruptive than typical premenstrual symptoms.

Some symptom associated with PMS include:

PMS is caused by fluctuating levels of the hormones oestrogen and progesterone. The reason some women develop PMS is not clear. Those who suffer from PMS often have a close female relative that also has PMS, which means it could be related to genetics. The symptoms of PMS may increase following pregnancy and may worsen with age until menopause, or may fluctuate or disappear during your life. Every woman’s experience of her premenstrual symptoms is different, and is likely to change with changes in lifestyle and diet.

There are multiple ways to treat PMS, which can range from dietary changes to medication. Your healthcare professional will be able to recommend the best course of treatment for your individual needs.

PMDD is more severe than typical PMS. Roughly three to eight per cent of all women have PMDD, and say it significantly interferes with their lives. The common symptoms of PMDD include heightened feelings about self and others, irritability, mood swings and anxiety. Those with a history of mood disorders, major depression or postpartum depression are at a higher risk for PMDD than other women.

There is some overlap win the symptoms of PMDD and major depression, but there are still differences, such as:

To treat PMDD you may be prescribed medication to help prevent disruptive symptoms. Your healthcare professional will be able to give recommendations and help decide what the best treatment is for you.

Abnormal uterine bleeding is unusual bleeding that occurs in situations such as:

How will I know if my period is abnormal?

It can be hard to know if your period is regular or not compared to other women. Abnormal bleeding may be caused by something benign or something serious, so it’s important to go to your healthcare professional if you have any concerns or your cycle changes in some way that seems unusual.

If your cycle is irregular, you have a lot of pain or uncomfortable or distressing PMS symptoms, contact your doctor for advice.

OUR DOCTORS Previous Next 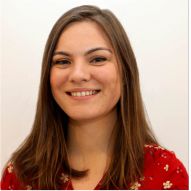 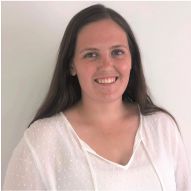 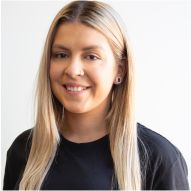